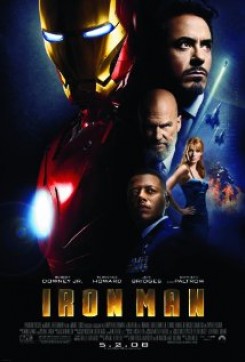 When wealthy industrialist Tony Stark is forced to build an armored suit after a life-threatening incident, he ultimately decides to use its technology to fight against evil.

American Humane monitored a couple of scenes in which Iron Man attacks terrorists in a Middle Eastern village while a dog and goat are briefly seen in the far background. For this mild action, trainers placed the animals on their marks in the background and stood just off-camera. The animals were never near gunfire. Due to late notification or limited resources, American Humane did not monitor some of the brief goat and cow action seen in the film.