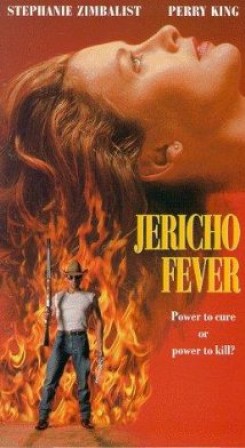 Jericho Fever is the term used for a deadly virus that was contracted in Jericho, Mexico and is now being transported over the border by a group of fleeing terrorists. The Israeli Intelligence battle against the FBI for the capture of a group of Palestinian terrorists. The terrorists, after performing an act of sabotage against Israeli Intelligence based in Mexico, flee across the border into California. Unfortunately, Svi, the leader of the group, has become deathly ill with a very high fever after scraping his arm in an underground sewer. Little does the group know just how devastating this fever is to become and how many lives it will take, theirs included.

Animal action was limited to one opening scene in which three rats are seen walking along a ledge in a sewer. The rats had been placed on the ledge by their handler and filmed. The were retrieved by the handler right after the scene was shot. A dog is also present in one background scene.