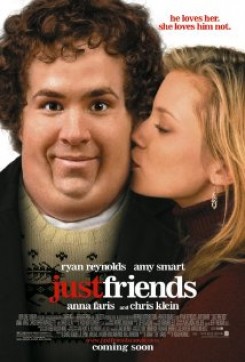 In high school, Chris Brander (Ryan Reynolds) was shy and overweight. The highlight of his existence was his friendship with Jamie Palamino (Amy Smart), the hottest girl in high school and his unrequited love. Ten years later, Chris has reinvented himself and is living large in Los Angeles as a music executive. When a plane malfunction causes Chris and his new pop star girlfriend Samantha (Anna Faris) to make an unexpected stop in New Jersey, Chris comes home for the first time in 10 years. Will the girl who never wanted to be more than "just friends" have a change of heart?

In one scene, Jamie bathes a Great Dane in the bathtub. As a general precaution, the actress became well acquainted with her canine co-star before filming began. Trainers made sure the dog had sound footing by using rubber mats to line the tub, which actually did not have water in it. "Soap" suds made of frothy egg whites were rubbed on the dog as an edible alternative in case the Great Dane decided to lick them.

In a brief scene that appears on a television set, Samantha hands a turkey to an actor dressed as an American Indian, who then walks off camera with the bird. A trainer gave the turkey to the actress just before filming began, and later retrieved it from the actor as he walked out of frame. The trainer briefed both actors on the proper handling of the turkey prior to the shot.