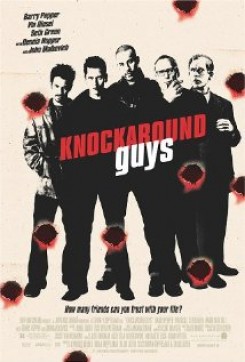 The son of a major Brooklyn mobster (Dennis Hopper) tries to make it in the family business. On the advice of his uncle, Matty (Barry Pepper) is sent to pick up some money for his father, but things do not go as planned.

In two different scenes, animals appear on a television show that the actors are watching. The first scene is a turkey walking in the woods. A gunshot is heard and the turkey falls over dead. Later, a man is sitting on the grass holding a dead buck in his arms. He lifts the animal head by the antlers as he talks about the dead animal. Both scenes were stock footage and not filmed for this movie.