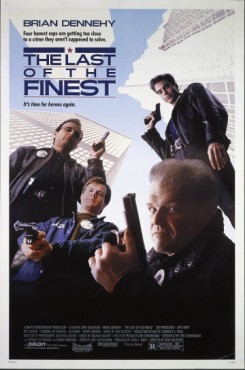 Last of the Finest, The

Brian Dennehy stars as a tough, undercover cop with the L.A.P.D. special narcotics division. While Frank and his close team of narcotic cops are on a stake out at a meat-packing plant, they discover a major drug operation. When they decide to move in without waiting for backup, major evidence is lost and they are removed from the case. After two members of their team are murdered, Frank realizes there was a conspiracy to get him and his team off the case. Since the case has taken on international political overtones, Frank and his team decide to quit the force and cross legal lines and continue the investigation their own way.

Cattle are seen in the stockyards.