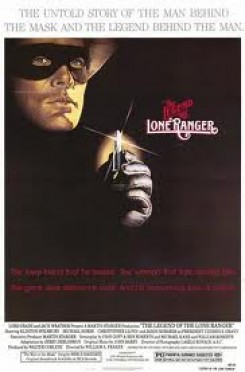 Legend of the Lone Ranger

The sole surviving Texas Ranger of an ambush arranged by Butch Cavandish returns to fight back as a masked hero.

Although the animal action in Legend of the Lone Ranger includes some skilled falling horses, there are also two horse falls that were intentional wire trips, an act deemed Unacceptable by AHA. Filmed in New Mexico, the movie was made prior to the adoption of the SAG/AMPTP contract that granted AHA authority to oversee the use of animals in filmed media. Under this contract, productions are required to send AHA a script and to grant AHA access to the set during filming. Both a script and access to the set were denied to AHA despite phone and letter correspondence with the Executive Producer, Martin Starger.

In June 1980, personnel from the local Santa Fe Animal Shelter attempted to gain access to the set to ensure the safety of the animals and were turned away at the gate by men with loaded guns. Later, New Mexico Governor Bruce King contacted the production company requesting that AHA be on set and was also denied. The producer eventually contacted AHA threatening to sue for harassment.

AHA's Unacceptable rating of the film garnered media attention when it was published in the LA Times on March 11, 1981 and again on March 25, 1981.