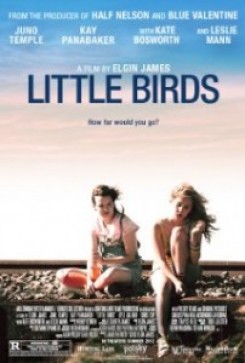 Two girlfriends embark on a life-changing journey when they leave their home to follow the boys they met in Los Angeles.

This coming-of-age drama features animal scenes which add to the beautiful and tense atmosphere of the story.

In the scene where the girls stop a couple of kids from picking on a dog, specifically one kid who threatens the dog with a stick. Although the stick looks as if it were thrust at the dog, it never came close to touching him.

In another scene where skater kids are hanging out in front of a motel, with a young girl holding a pit bull on a leash, trainers instructed the actress on how to hold the dog before shooting the scene.

When the actress brushes a horse at a ranch, the horses lived on site and were very comfortable with the action and the actors.