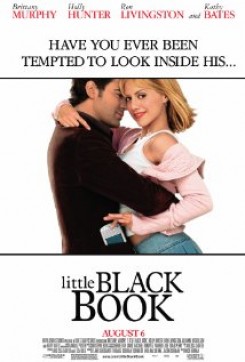 Stacy Holt (Murphy), an associate producer for a daytime talk show, is confounded by her boyfriend Derek's (Livingston) unwillingness to talk about his previous relationships. Egged on by her co-worker Barb (Hunter), Stacy sneaks a look at his PDA, scores the names and numbers of his exes, and sets up interviews with them -- all in an effort to get closer to her man. Her plan starts to unravel, however, when she becomes friends with one of the women.

The role of Bob was played by two Bullmastiffs named Bob and Charlie. Bob did most of the acting in this film while Charlie was on hand as an understudy. Both dogs were introduced to the cast and crew before filming began to ensure everyone’s comfort on the set. To achieve the mild action that appeared in several scenes throughout the film, a trainer put the dog on its mark and used a combination of verbal and visual cues to get the dog to jump on or off the bed, walk on leash with the actors, or move from point A to B.

Background Animals
During a few scenes at the casting agency, people led various animals around in the background. These featured animals included a goat, pig, chimp, and sheep. Trainers handed the animals over to the actors right before filming began, and no two species were ever together on set at the same time. The aquarium seen in the background at Stacy’s apartment was supplied and maintained by a local pet shop.

American Humane’s Film & Television Unit monitored this film. As a Screen Actors Guild (SAG) production, the director/producer is required to allow American Humane’s Certified Animal Safety Representatives on-set access whenever animals are used. Throughout the pre-production stage, the Film Unit received a copy of the script and the daily call sheets, which are used to schedule both human and animal actors. Scripts are carefully reviewed during pre-production to determine if any scenes or situations appear to put the animals at risk. While on the set, Animal Safety Reps not only inspect facilities where the animals are housed and cared for during the production; they also examine the props and sets to ensure that the well-being of each animal remains the top priority. Because this film complied with the comprehensive Guidelinesestablished by American Humane, it has received a Monitored-Acceptable rating and was awarded the “No Animals Were Harmed™” end credit disclaimer.