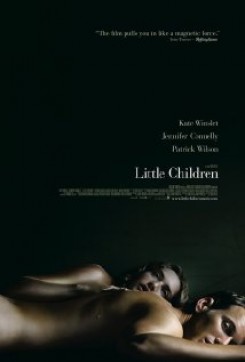 Suburban angst reaches new heights in this adaptation of Tom Perrotta’s 2004 novel/dissection of the “American dream.” The lives of several citizens, two young married couples in particular, come together in unexpected ways when a pedophile just out of prison moves into their town and disrupts their seemingly perfect lives forever.

When Larry (Noah Emmerich) retrieves his van from the impound lot, a German shepherd jumps against the chain link fence and barks ferociously at him. In the next shot, a man holds the dog’s chain as it continues to bark.Three German shepherds were alternated for this role. The trainer stood on a ladder behind Emmerich and verbally cued the dog to put its front paws up against the fence and bark. The dog initially worked at liberty, and was later restrained by the “owner”, played by an actor to whom the dog had been introduced prior to filming.