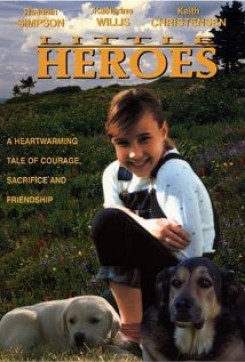 Little Heroes Part II is the sequel to the family film, where two bumbling crooks end up in prison because of two dog heroes, Hercules and Samson. In part two, the two crooks are able to escape from prison. They wind up at Universal Studios Theme Park and run into the two dogs with their owner. This time the crooks want to be the ones to catch the dogs.