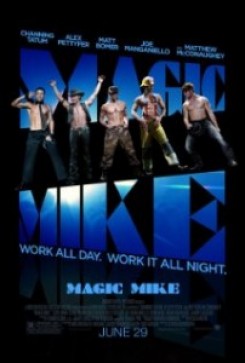 A male stripper finds inspiration from his stripper peers.

Throughout the film, a character has a piglet seen performing such mild action as standing/sitting, drinking milk from a bottle, and being held. For all of these scenes, trainers used hand signals and verbal commands to cue the mild action, which the piglet was accustomed to performing.

In the scene where the piglet eats “vomit” from the floor, production placed a liquid substance on the ground, which was a made from piglet baby formula and rice cereal. Takes were limited to avoid overeating. Trainer placed puppy pens around the piglet to ensure its safety and the piglet was retrieved immediately after filming took place.