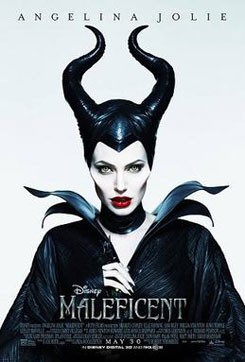 The untold story of the villain from "Sleeping Beauty".

All horseback riders were stunt riders or experienced actors who were skilled at riding, mounting and dismounting. The horses were specially trained "falling horses" and "lay down horses" that fell on cue onto a soft landing area. All running/galloping scenes were well choreographed, and actors used caution while on and near animals. The horse(s) rearing was a trained behavior. When teams of horses pulled wagons, the drivers were experienced and teams of horses were familiar with each other and accustomed to the pulling action.

In the opening battle scene where we see many soldiers on horseback charging Maleficent and the giants, the action was prepped prior to filming, production placed bedding material one foot deep under the sod area where a horse was trained to fall. The area was checked for hazards. The smoke was water based. Mechanical horses were used to rear back and throw men on the ground.

In the scene where the dogs bark at the captured crow, the scene was filmed in front of a blue screen on a stage and the dogs were cued to bark by their trainer.

The crow we see throughout the film was created through CGI.

In the scene where we see a chicken standing in a wagon, the chickens were trained and placed on their mark by their trainers. Goats were tied to a stake in the ground.

The butterflies we see throughout the film were created through CGI.

In the scene where the prince rides to the castle face down on the horse, a stunt double who played the prince was lowered onto the horse wearing a harness attached to the horse to prevent him from falling. The horse was cued to walk forward.

The doe the little feeds was created through CGI.