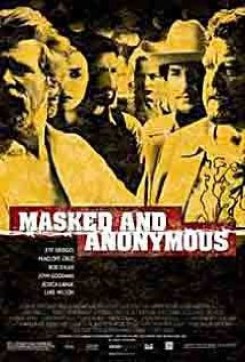 This is a sociopolitical drama with music by Bob Dylan who also plays the leading character, political prisoner and musician, Jack Fate. Fate is released from his cell in what appears to be a ravaged Latin American country to headline a televised benefit concert for a fictitious and equally ravaged Third World, devolved United States led by an ailing dictator. Those times that were "a changin'" have completed the metamorphosis to a bleak end.

When Jack Fate arrives at the studio to meet the promoters of the concert he first encounters a wrangler who has a plethora of animals in pens and corrals on the lot. The animal wrangler proselytizes that the animal kingdom is the greatest kingdom on earth. He rants on about man being the trespasser. "Man the bear hunter, the fur trapper, the deer chaser. The lowest form in existence. A spoiler, an agitator, stirs up trouble wherever he goes." Behind him, the animals are merely eating and hanging out in their pens disregarding the harangue. As the wrangler talks, he begins to saddle a donkey. Later he makes it appear as if he has slaughtered a rabbit in direct contradiction of his philosophy. The rabbit however remains unscathed.

Animals used were donkeys, a goat, a pig, peacock, sheep, rabbits, dogs and snakes. All of the animals in the above scene were placed in the pens, corrals and aquariums by the trainers and acted only as background. Food and water were supplied and wood shavings were scattered underfoot to enhance the area. When the rabbit appears to be placed on a barbeque, the lid of the grill was raised to obscure the view. The animal was actually placed on a separate wooden shelf and retrieved by the trainer before the character brazenly slams down the knife.

In another scene as Fate travels by bus from prison to the studio, there are other travelers with their chickens on the bus. Trainers placed the birds with the actors and retrieved them after filming was completed.

Another scene required the use of both a real and a fake macaw. The real bird was seen in an establishing shot, but when one character hits another with the cage, a fake bird was used. To make it appear as if the bird escaped the broken cage, a trainer released the live bird and it flew to the ground and out of frame where it was retrieved by the trainer.