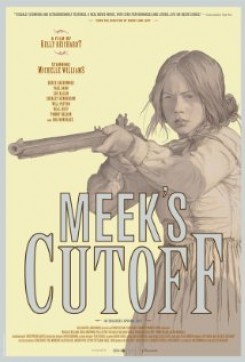 For the scenes involving horses, all horseback riders were stunt riders or experienced actors who were skilled at riding, mounting and dismounting. All running/galloping scenes were well-choreographed, and actors used caution while on and near animals. All grounds were inspected for hazards and sets were closed off and secured. Cast and crew members were introduced to the animals and instructed on their proper handling.

When teams of horses pulled wagons or carriages, the drivers were experienced, and teams of horses were familiar with each other and accustomed to the pulling action. All of the wagons were led across areas that were cleared of obstacles and potential hazards. Whenever horses were seen tied to anything, they were attached to soft rope and cued by a trainer to stay.

For the river-crossing scene, animal wranglers walked the oxen, mules and horses to the other side of the river. Only two oxen were tied to the wagon for filming. The animals walked through water less than 4 feet deep. The area where the animals crossed was cleared of rocks, debris and any potential hazards. The wranglers rehearsed taking the horses and mules across the river numerous times to ensure that they felt safe in crossing. A wrangler stood off camera holding the oxen and horses with a lead rope to keep them secure. Another trainer stood inside the covered wagon to make sure that the lead ropes attached to both animals would be freed if need be. After this scene, the oxen and horses were led to some heated tents to rest before they were hitched again for the next scene. The caged birds seen on the actress' head as she crossed the river were covered and kept safe during the scene.