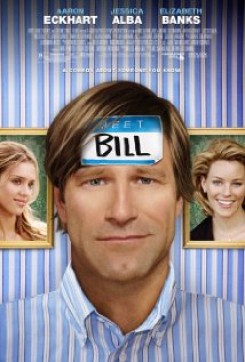 A guy fed up with his job and married to a cheating wife reluctantly mentors a rebellious teen.

Duck and Dog During a duck hunt, several men are crouched next to a Labrador in the reeds. One man shoots his gun into the air, and then a dead duck falls to the ground. For this scene, a crew member tossed a prop duck into camera frame after the actor shot into an empty sky. The men then tell the dog to go retrieve it. A trainer placed the dog on its mark and cued it to go in a certain direction. The water was only six inches deep and the area was secured with camouflaged netting as an added safety precaution. The area was thoroughly inspected before filming began. No guns were fired near the dog. Production provided documentation that the dead duck was a prop. While driving, Bill swerves to avoid a few ducks in the road. The shots of Bill driving and the ducks were filmed separately. The ducks were brought to the set in comfortable crates minutes before filming began. Once filming began, the ducks were released and allowed to wander freely on the road as a rolling camera moved toward them. The ducks were then collected and repositioned for subsequent takes. No vehicle was used while the ducks were on the road. The road and surrounding areas were thoroughly inspected before filming began. The area was secured with a net and a fence as added safety precautions. Production provided documentation that the deer and antler wall mounts were fake.