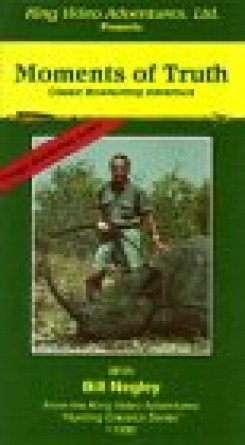 The bloody saga begins in 1957 in Nairobi, where a $10,000 bet with a friend spurs Negley into the killing of a bull elephant with a bow and arrow. Carefully aiming for the animal's lungs—his most vulnerable spot—the arrow reaches its target and the elephant cries out in anguish and pain as it runs into the bush to die.

After several fishing expeditions, the hunt moves on to Alaska, where after an airplane crashes, Negley "bags" a white polar bear. In Angola, after three days of tracking a lion, Negley shoots the tired lion with a rifle after a botched attempt to kill it with a bow and arrow.

The disappointed Negley goes on to Key West, Florida for sailfish and tarpin fishing.

In 1970, in Zambia, "a hunter's paradise," Negley attempts to kill a black rhinoceros. After five days of tracking, his arrow hits a rib but does not penetrate. The next year is Angola, however, natives help him kill a large bull rhino.

In the final scene, Negley, now 60 years old, has decided that hunting is too strenuous a sport. He stands at the Lone Star Hall in San Antonio, Texas, viewing a wall full of his trophies, badges of honor, and courage, as well as stuffed antelope, deer , lion's heads, elephant tusks, animal skins, and the tools of his destruction.

This is film about hunters and for hunters. For animal-lovers, it illustrates a heartless, cruel anthology of a man's sadistic search for "pleasure." AHA rated this film Unacceptable.