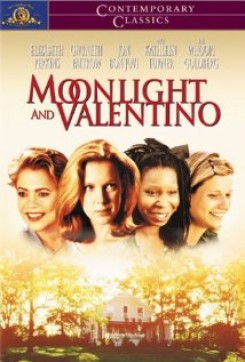 Rebecca is a poetry teacher, happily married to Ben. Just like any other morning, Ben is out jogging as Rebecca fumbles for her first cup of coffee. But this is not like any other morning because Ben never comes home from jogging. He is hit by a car and killed instantly. In a freak twist of fate, by the time Rebecca is ready for work she has become the "W" word. She is young, vibrant and beautiful, but a widow. After being told about Ben's accident, Rebecca immediately goes to the hospital hoping against all hopes that they are mistaken. Upon arriving, she receives the awful news that it was indeed Ben. Rebecca is shocked, confused and alone, but not for long as her eccentric best friend, Sylvie, comes to the hospital to pick her up. Sylvie calls her neurotic younger sister, Lucy, and her overbearing ex-stepmother, Alberta. Along with the three of them comes a convergence of support and love for Rebecca in her time of need. After the funeral, Sylvie, along with the other two stay with Rebecca for the first week, trying to help her adjust. Rebecca decides to go back to teaching and try to resume her life again. The little group is there to lend a hand or a shoulder if she needs it. When Rebecca's birthday comes around, Sylvie and the others join her to celebrate. Alberta, who is very extravagant, pays to have her house painted. The painter had been working in the neighborhood and Alberta thought it would be a nice distraction for Rebecca. The entire group sees him at one time or another at Rebecca's, and because of his good looks they nickname him Valentino. After weeks of painting Rebecca's house and exchanging small talk with her, Valentino finally gets around to asking her out on a date. They go out for pizza. This is her first step on the road to a new life. Rebecca realizes that letting go of the old memories to embrace the new ones is a whole lot better than holding on to nothing at all.

Rebecca goes out of her house one morning and a dog comes running over to her. It was Vanlentino's dog. He was painting the house next door. He calls the dog back. The dog jumps into the back of his truck. The dog was a full agility dog that merely followed hand and voice commands from his trainer with food as a reward. When Rebecca goes to get pizza with Valentino, the dog is in his Van. The dog jumps into Rebecca's lap and licks her face. The trainer had placed a small amount of peanut butter on the actress' face and told the dog to lick. Other animal action consists of the dog jumping in and out of the van at various times or running back to his owner.