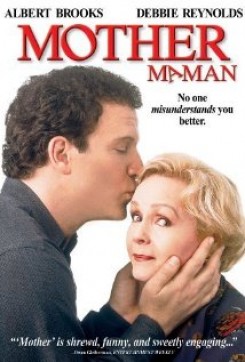 Mother is a film about John, a man confused about his life in the aftermath of his second divorce. He is desperately trying to understand why he picks the wrong women and how he can change that. After talking on the phone several times to his mother, Beatrice, John realizes that many of his complexes dealing with women come from her. He feels the only way he can find the root to his problem is to move back in with his mother, where the problems began. This causes problems for Jeff, his brother, because Jeff is very possessive of their mother and feels threatened by John's move home. If it is not one obstacle it is another that John will have to overcome before finally finding the solution to his problem.

There is a scene at the zoo where John and Beatrice notice an elephant with a white star on his backside. It is the same elephant that was there when John was a small boy. This scene was filmed at the Los Angeles Zoo. The elephant keeper at the zoo sprayed a commercial hair make-up product in a star design onto the elephants backside. As Beatrice talks to Jeff, there are two birds seen grooming themselves in the background on the patio. Then later while out shopping, John and Beatrice visit a pet store. John sees a Shar Pie puppy and he picks it up. The trainer placed the puppy in the glass showcase and the actor merely picked him up.