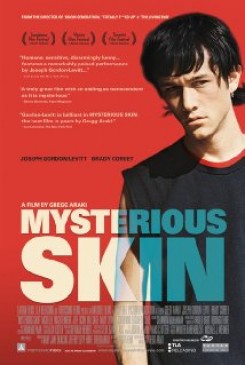 Brian (Brady Corbet) and Neil (Joseph Gordon-Levitt) played Little League together in the small town of Hutchinson, Kansas, and also shared a secret suppressed by both as they grew older and apart. A decade later, Brian begins to dream about Neil, and as the hazy, broken pieces of his memory gradually resurface, he thinks that aliens may have abducted them as children. Brian decides to locate Neil and see if he remembers anything about their past; together, the young men examine the secret they have blotted out for so many years. The film is based on Scott Heim's 1995 novel of the same name.

A mixed-breed dog named Patches makes an appearance in a few different scenes. Patches plays ball with a woman and later walks with her from the house to Brian's car that is in the driveway. In another scene, the dog follows Avalyn (Mary Lynn Rajskub) and Brian to a field where a calf lays dead.

In each instance, the trainer positioned Patches on mark, stood off camera, and used a combination of verbal cues and hand signals to get the dog to perform the desired action. Production purchased the already deceased calf from a meat- packing plant and provided American Humane with a receipt. When the scene was completed, a licensed animal disposal company collected the carcass.