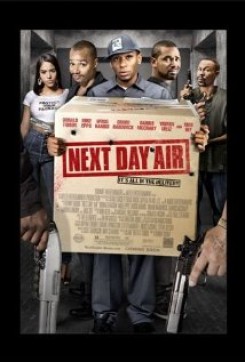 When two incompetent thugs accidentally come across a large shipment of cocaine, they begin a series of wacky activities as part of their plan to strike it rich.

For a scene in which a man walks a security dog on a leash through a junkyard, the trainer stood nearby as a precaution, and the well-rehearsed actor walked the dog directly from point A to point B. The shot in which a car goes by was a well-choreographed driving scene, and the actor behind the wheel drove the car slowly and stayed a safe distance from the dog.

In one scene, a cockfight takes place in the background. Before filming, strict parameters were established regarding the simulation of this activity. No feathers could touch, and the animals had to remain at least 18 inches apart. The birds were allowed to make contact with fake (prop) birds but not with each other. Costumed trainers and well-rehearsed actors remained in the ring to control the birds and keep them calm. The area was open at the top but enclosed on all sides with mesh nets. A veranda overhead provided partial shade. The actors holding the birds were extremely well-rehearsed on their proper handling.

American Humane also monitored the end of this scene, in which one rooster was allowed to peck at a prop bird — this shot was cut from the theatrical release but might appear on the DVD.

Next Day Air does not carry the "No Animals Were Harmed"® disclaimer at the end of the film because the production did not give American Humane a pre-release screening of the film, which is one of the requirements for issuing the disclaimer.