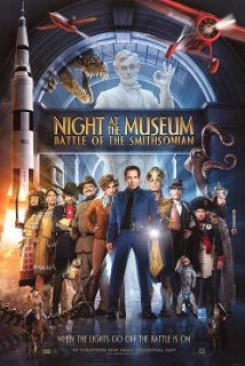 Night at the Museum: Battle of the Smithsonian

Security guard Larry Daley infiltrates the Smithsonian Institution in order to rescue Jedediah and Octavius, who have been shipped to the museum by mistake.

American Humane Certified Animal Safety Representatives™ were unable to directly supervise all of the animal action in Night at the Museum: Battle of the Smithsonian because it was filmed mostly outside the United States and the production did not establish a contract for our oversight. However, the production did provide a pre-release screening of the film, as requested by American Humane