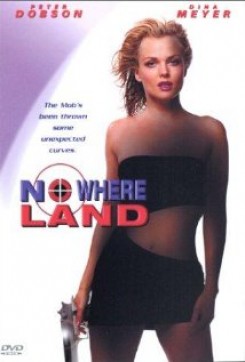 Nowhere Land is a drama about a New York undercover cop who watches the mob kill his partner. He is now the key witness and the mob wants him dead too. He is moved out of state to a remote cabin until he testifies.

There is a scene where a man lifts up a rattle snakes head with his leg to save a woman from being bitten. Several snakes are lying at his feet and one strikes his foot. This scene was shot in cuts. Real snakes were used, however, a fake leg was used when the man picks up the snake and when the snake strikes the man's foot. Inset shots were used when snakes are coiling or slithering on the ground. Other animal action consists of some chickens in the yard eating table scraps. The trainer placed food on the ground and the chickens naturally walked around pecking at the ground.