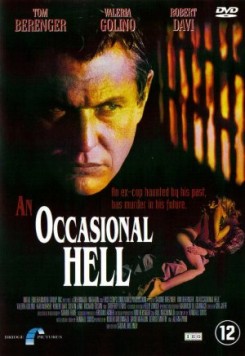 An Occasional Hell is a drama about Professor Ernie Dewahl, who is an ex-cop hired by Elizabeth Lawton. Elizabeth's husband was murdered and she is the prime suspect, so Ernie has to prove her innocence and find the real killers.

Other animal action consists of a woman holding a dead fish and two lizards are seen laying across a window. There is also a deer head on a wall and a stuffed pheasant on a cabinet.