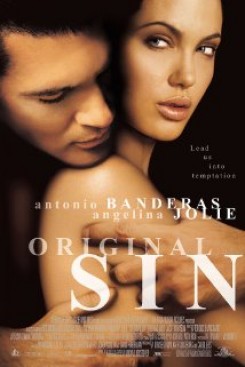 Antonio Banderas plays Louis Varga, a wealthy landowner who falls in love with the aloof and mysterious Julia Russel (Angelina Jolie). Caught amidst a torrent of deceit, Louis must ultimately choose between revenge and love, between truth and lies.

A veterinarian was on set for all of the animal action and examined the horses both before and after their scenes. Paths were meticulously cleared by hand for the horses, and several trainers and horse owners were present at all times to monitor the safety of the animals. Also, all of the actors who rode horses were required to take lessons before filming commenced. Production noted that Banderas was an exceptional rider, and had previous experience with the animals. The bird with a chain on its foot reflected the historic period of the story and was acclimated to the prop by a trainer before filming. The dead bird was actually fake.