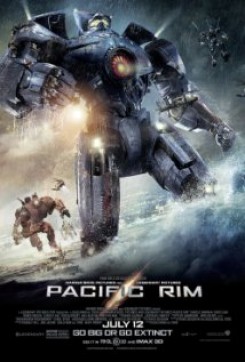 When aliens attack Earth’s existence robots piloted by human beings are deployed to go to war with them.

In a science fiction film about robots going to war with invading aliens, you wouldn’t think there would be much animal action. However, the lead character has a cute dog and the AHA was there for all the scenes which included the main character’s bond with his best pal.

Throughout the film, the main character has a pet dog seen performing such mild action as sitting/standing/lying, being held or petted, and walking on or off leash. For all of these scenes, trainers used hand signals and verbal commands to cue the mild action, which the trained dog was accustomed to performing. The barking/growling was also a trained behavior.