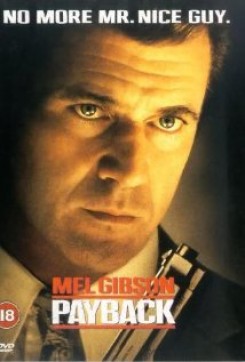 When a thief named Porter is robbed and left for dead by his partner, he vows to get paid back. Porter survives only to wreak havok on the "outfit", better known as the syndicate, crooked cops, the Asian mob, his ex-wife and ex-partner.

In seeking information on his ex-partner who works for the outfit, Porter also finds a former lover, Rosie, along with her dog who she has aptly named Porter. The dog walks A to B through the living room and gets a hug from the actress. In a later scene, Porter's ex-partner tracks him to Rosie's apartment. Thinking that Porter is in bed, he aims at the covers only to find it is Porter the dog. The dog leaps at the gunman and knocks him down. In the ensuing struggle the gun goes off and the gunman pushes the dog off of him. Later, the human, Porter, carries a bandaged dog, Porter, into a hotel hideout and gently places the animal on the floor. The dog appears in several later scenes but is merely sitting, lying down, or loading into the backseat of a car.