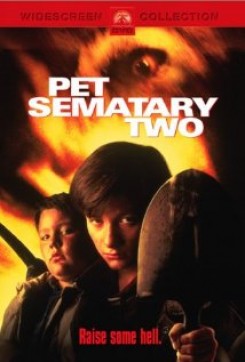 A young boy's life is shattered when he watches as his movie-star mother is accidentally electrocuted while she is filming a scene for a horror film. Geoff and his dad, Chase, travel to Rene's hometown in rural Maine for her funeral. Geoff adored his mother and because he's so distraught by her loss, Chase, a veterinarian, decides to move his son out of Los Angeles to Rene's hometown, where they can both make a fresh start. Chase and Geoff are cleaning up the former vet's office, where Chase will set up his new practice, when they discover a litter of kittens. Geoff adopts one of the kittens, which he names Tiger. Drew, a boy Geoff's age, comes into the office with his dog, Zowie, who needs treatment for scratches he received while chasing rabbits. Geoff and Drew become good friends. The shy, grief-stricken boy becomes easy prey for bullies at school. When Geoff sneaks Tiger into school, hidden in his jacket, Clyde, the lead bully, grabs Tiger away from Geoff and takes off with other boys on their bikes with Geoff in hot pursuit. They lead Geoff to a deserted area where a fist fight ensues in which Clyde gets the better of Geoff. Clyde attempts to frighten Geoff with a story of a place where the dead come back to life when buried there. Clyde tells Geoff that Tiger had an accident and died, so he left the kitten in the pet cemetery. Geoff and Drew go to the pet cemetery and find Tiger, unharmed. Drew's sadistic stepfather, Gus, is the town's sheriff. Gus keeps cages of rabbits for sale. Zowie finds the rabbits irresistible, so Gus rigs a noisemaker and electrified wire to shock anything coming near the cages. One night when Gus hears the noisemakers, he grabs his gun and shoots at Zowie, as the dog runs into the woods. Drew follows his pet into the woods, where Zowie dies in his arms. The next day Geoff goes with Drew to bury Zowie in the pet cemetery. After they arrive at the cemetery, they change their minds and bury him instead in the nearby Indian Burial Grounds, where the dead come back to life. Unfortunately, when the dead return, they return as malevolent creatures wreaking havoc upon the living. Zowie is the first to return with a vengeance, setting off a chain of disastrous events that culminate in Geoff's horrendous reunion with his much adored mom.