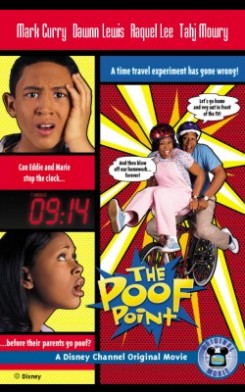 Have you ever imagined what your parents were like when they were young? Eddie and Marie find out first hand when their parents regress to their childhood years due to a time machine malfunction. Little do the children know that their pet dog, Einstein, holds the key to getting their parents back to normal.

Einstein spends much of the film following family members in and out of rooms and lying on his bed or the couch. He also greets the father by jumping up on him. A trainer introduced the dog to the actors before filming began so everyone would be comfortable. The dog was put on its mark by the trainer, who stood off camera using hand signals to get the dog to walk, lie down, jump up, and bark. In two different scenes, the dog crawls on its belly along the floor. The trainer put the dog on its mark and used hand signals from off camera to cue the dog to crawl. In one of Einstein's crawling scenes, the dog crawls after a bug on the floor. The bug was computer generated. In the other scene, it crawls to the dad.

The piece of the machine that Einstein carries in its mouth and hides amongst his other toys in his bed was a lightweight prop given to the dog as a toy by the trainer before filming began. The toys and the dog's bed belonged to the dog so Einstein was very familiar with them. Trainers also used hand signals to get the dog to achieve the action. In a scene where Einstein is shown walking down the stairs to the laboratory in the house, the trainer verbally cued the dog to walk down the stairs and over to its bed. Later, when the machine piece is thrown into the air and both Eddie and Einstein leap to catch it, the dog is successful and catches it in its mouth. This scene was done in a series of cuts. The trainer used hand signals to get the dog to leap up in the air. The cameraman filmed this and the film was slowed down in post production to add a more dramatic effect. The trainer then threw the prop up in the air and had the dog catch it in its mouth while a cleverly angled camera made it appear as though the dog leaped high in the air.

In the beginning of the film, the parents try out the time travel machine with a tank of water and two gold fish swimming in it. The strange-looking fish with the bulging eyes were actually computer generated. The only real fish in the film were the fish that were swimming in several tanks on the shelf in the lab and an aquarium of goldfish seen swimming in a tank in the background of the family's living room. These fish and tanks were supplied and maintained by a pet store and were returned when filming was over.