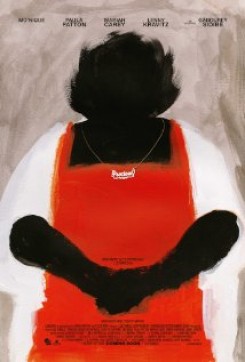 A 16-year-old girl tries to stay strong for herself and her children while dealing with obesity, teen pregnancy, incest, parental abuse, illiteracy and the difficulties that go along with living in the projects.

A handsome young boy befriends a stray dog (a Jack Russell terrier). At various points in the film, the dog walks from one point to another or sits on a chair during a photo shoot. In one brief scene, after Precious gets pushed down onto a sidewalk, the dog approaches and licks her face. Later, a boy holds the dog in a choir as the choir sings. These scenes were all achieved in the same way. Trainers handed the dog to the actor moments before filming and retrieved it right after, keeping it on a leash between takes and giving it ample rest, food and water throughout the day. The actors were well-rehearsed and instructed on the dog's proper handling for these brief and mild scenes. To entice the dog to lick Precious' face, trainers placed baby food on the actress' face and cued the dog to lick it off. Streets where filming took place were closed off to traffic and indoor sets were made secure, while the trainer stood nearby the entire time.

Due to late notification or limited resources, American Humane did not monitor any of the cat and bird action or some of the dog action.