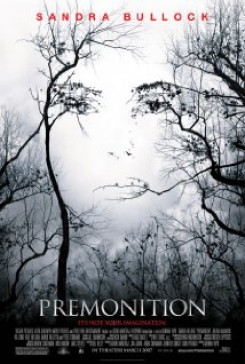 Depressed housewife learns her husband was killed in a car accident the day previously, awakens the next morning to find him alive and well at home, and then awakens the next day after to a world in which he is still dead.

As Jim and Linda stand gazing at their new house, a big black bird flies onto the roof. Later we see this same bird fly by Linda as she stands alongside a road. During a thunderstorm in another scene, we see this black bird land on a power line and get electrocuted. All of these scenes were filmed separately, with the animal action in front of a green screen inside a sound stage. A pied crow named Chachi was used for these scenes. Several various sized perches were placed around the set and the bird simply flew from the perches to the trainers. The rest of the scene was added in later, in post-production. Linda picks up a dead bird in the backyard and throws it into a nearby garbage can. Later, when she opens the can, insects fly out of the can and we see some worms crawling on the bird. The insects were computer generated imagery (CGI), and the worms were real mealworms that were placed on the bird right before filming began and retrieved afterwards. Production provided documentation that the dead bird was fake.