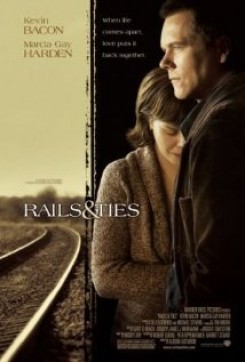 The lives of Tom Stark (Kevin Bacon), a train engineer who buries himself in his work to avoid facing his emotions, and his wife Megan (Marcia Gay Harden), who is dying of cancer, change in unexpected ways when a young boy's mother commits suicide by stopping her car in front of the train Tom is operating.

A neighborhood man walks his dog down the side of the street as Tom (Bacon) and Davey (Heizer) drive by. For this scene, the director's dog, Dixie, was placed on a leash and handed to the actor right before filming began. The street was closed off to all traffic except for the car that Tom and Davey were in, which was moving at a slow speed. Before filming began, the cast and crew were introduced to the dog and were instructed on proper dog-handling.

For the brief scene in which a dog runs in the park as Tom and Davey fly a kite, this action was natural — the dog just happened to be in the park during filming.