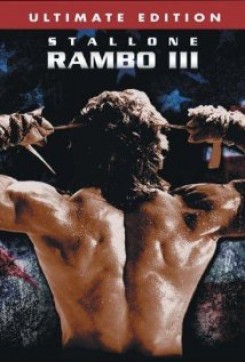 Rambo's Vietnam commanding officer Colonel Trautman is held hostage in Afghanistan, and its up to Rambo to rescue him.

AHA reports state that horses were tripped during the production of Rambo III, earning an Unacceptable rating from AHA.