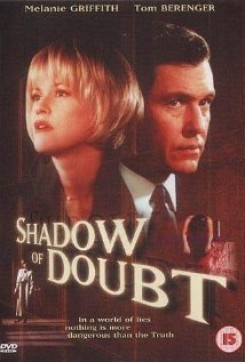 Reasonable Doubt is a film about a defense attorney, Kit Devereux, and a murder case that pits her against a rich, political family and the possibility that one member, a presidential candidate, may be involved.

There are several scenes in which Ziggy, Kit's dog, is seen lying on the couch, floor, or bed, eating from a take-out carton, or walking from point A to B. In one scene, Ziggy hears an intruder and proceeds down the stairs to investigate. The dog is seen growling and barking right before you hear a thud and the dog yelps. The noise is to indicate that the intruder supposedly kicked Ziggy. Kit finds him lying on the floor. Ziggy is next shown on a stretcher being carried out to an ambulance. This scene was shot in cuts. The trainer placed the dog on his mark and cued him with hand and verbal signals. All of the growling and barking was inserted during post production. There is another scene with an intruder is in the house. This time, Ziggy is in the closet. The man opens the closet door and Ziggy growls and lunges at the man. They are next seen wrestling on the floor together. This scene was shot in cuts. A well-padded stuntman was used in place of the actor. The dog and stuntman were prepped prior to the scene. The trainer used verbal commands and cued the dog to grab the padded arm. The stuntman thrashed around on the floor as if he was being ferociously attacked. Other animal action consists of a dead filleted fish shown laying on a photography table and taxidermic animals and skins displayed in a library.