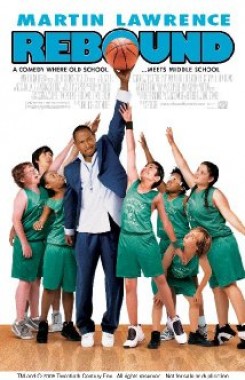 When college basketball coach Roy McCormick (Lawrence) is put on probation after a public meltdown on the court, he takes on a rag-tag group of players at his middle school alma mater and coaches the teens to victory at the state championship.

The team mascot at a basketball game has a live Auger hawk perched on his arm. Coach Ray kicks the ball and it supposedly nails the bird, leaving a cloud of feathers in its place. The hawk is next seen stiff and dead on the court floor.

Trainers instructed the actor on the proper handling of the bird, and the hawk remained nearby during rehearsals so it could become familiar with the sights and sounds of the arena crowd. Two trainers stood off camera during filming of the scene and removed the bird from the actor's arm after each take.

Production rented a pound of feathers and a taxidermy hawk with open wings for the shot of the newly deceased bird on the floor.