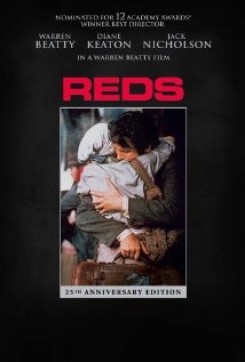 A radical American journalist becomes involved with the Communist revolution in Russia and hopes to bring its spirit and idealism to the United States.

Reds is a three and a half hour film that actually contains very little animal action. However, during the filming of one battle scene, two horses were tripped into a forward somersault, which caused severe injury to the animals.

The director of AHA's LA office at that time, Carmelita Pope, contacted the associate producer of the film, who verified that the tripping had occurred. According to the producer, the production's second unit camera crew in Spain—which has few animal welfare laws—had hired a local wrangler who was responsible for tripping the horses. Neither the associate producer nor Warren Beatty was aware that the tripping had occurred until AHA had called it to their attention. Both Paramount Studios and Warren Beatty apologized to AHA and animal lovers for the incident.