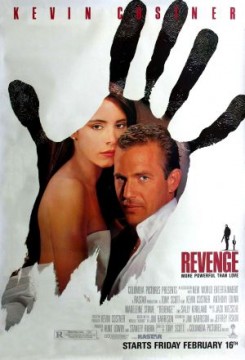 J. Cochran, a navy pilot, retires and heads for a vacation in Mexico at the invitation of Tibey, a wealthy and powerful friend. Despite their friendship and Tibey's reputation as a brutal, cold-blooded killer, Cochran succumbs to the charms of Tibey's beautiful, but unhappy young wife. They begin a steamy love affair and make plans to rendezvous at an isolated hideaway where they can spend some time alone together. Tibey learns of the lovers' treachery, and plots his revenge.

When a dog playfully grabs Tibey's leather jacket, Tibey has a burst of temper and seizes the dog and throws him into a pool. This scene was shot in cuts. Althought the scene looked rough, when the dog actually went into the water, he was thrown in by his trainer and the dog could swim. Later, when Tibey seeks his revenge, the lovers' hideaway is blasted with gunfire and Cochran's dog is killed. This scene was filmed in cuts, using both a real dog and a fake one to be hit in the gunfire.

Horses are seen at various times. At one point Cochran hitches a ride with an American after he's helped the man load a horse into a trailer. Trained doves are also seen in the film. Revenge was filmed in Mexico and some of the animals used as atmosphere such as horses or stray dogs, were those present at the filming location and were not trained animals.

Because of the language barrier, our representative had difficulty communicating with the Mexican trainers. Although the general handling of the animals by the Mexican trainers was not up to American Humane's standards, no animal was killed or injured during the making of this film.