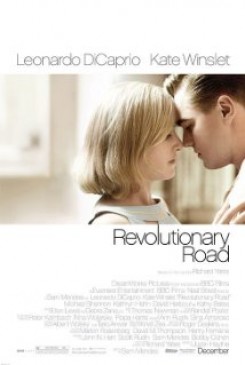 A young couple living in a Connecticut suburb during the mid-1950s struggle to come to terms with their personal problems while trying to raise their two children. Based on a novel by Richard Yates.

As Helen (Kathy Bates) sits on a chair, she holds a beagle puppy on her lap and pets it. This scene was filmed on a secured set. Cast and crew members were introduced to the dog and instructed on its proper handling. A trainer handed the puppy to the actress right before filming began and stood just off-camera during this mild action.