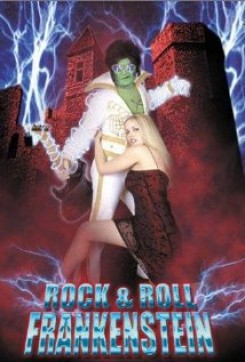 Music agent Bernie Stein, his scientist nephew Frankie, and a drugged out roadie named Iggy team to create a superstar by putting together the remains of dead rockers. All goes according to plan until a mishap leads Iggy to steal Liberace's private parts instead of those of Jim Morrison. The monster is brought to life and is on the road to rock 'n' roll success when the Liberace side of the monster begins to assert itself, with tragic results.

AHA has received complaints of alleged cruelty on the set of Rock n' Roll Frankenstein while filming animal action. Production has not responded to our inquiries.