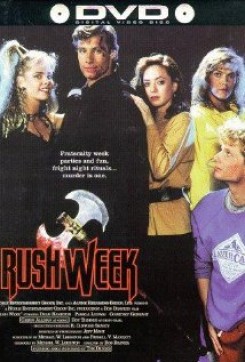 It's rush week at Chamber's College and competing fraternities are sabotaging one another. Amidst the excitement, intrigue develops when a coed is reported missing. A young reporter learns that the luscious coed had been earning extra cash by posing for nude photos and suspects the girl was murdered. Her suspicions are heightened when she learns the Dean's daughter had been brutally murdered the year before.

A tarantula crawls up an actress' arm. Rats are seen briefly.