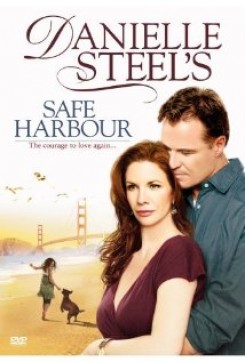 Industrialist fortune heiress Vanessa Bowles's cherished charity, Safe Harbour home for troubled kids, is in trouble when on its very premises one of their charges in murdered. The police, and especially detective Ophelia MacKenzie, who was raided there, finds out there were suspiciously many other victims, and few kids made it in life. While Ophelia resumes her love affair with Vanessa's studly son, hedge fund manager Blake Thompson, uncovered secrets fall into place but the killer keeps striking, so her chief wants her off the case.

Throughout the film, the family dog, Mousse, is seen walking around the house, running on the beach, playing fetch and being walked on a leash. For all of these scenes, the action was mild and trainers stood nearby. The actors and the dog were introduced to each other and were comfortable with the action. Whenever the dog was off its leash, off-camera trainers placed the dog on its mark and called it to run or walk in various directions. Whenever the dog was to sit or lie down, off-camera trainers cued the dog using verbal commands or hand signals. Whenever Liberato played with the dog or walked him on a leash, trainers instructed the young actress before filming began how to handle the dog and how to hold the leash. The actress carried treats with her and the dog was rewarded with praise and food between shots. The area of beach used for filming was closed off to passersby and the grounds were thoroughly inspected for debris. In scenes where seagulls or other birds are seen walking or flying near the shoreline, these birds were filmed naturally in their own habitat.