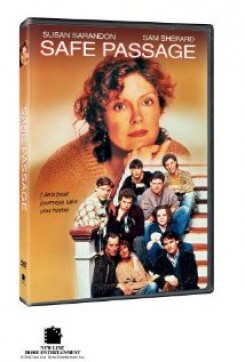 Maverick is an adventure comedy based on the vintage TV series. It's a feel good western romp that is guaranteed to please any loyal fan of the show and sure to win many new fans with it's plot of twists and turns and humorous surprises. Bret Maverick is a gambler and more than a bit of a con man. He travels freely through the west in search of adventure and a good card game. He's swift with a gun and lady luck and lovely ladies are his constant companions. After an opening scene which finds our hero in a seemingly hopeless predicament, the story flashes back to a typical old western town. Maverick becomes involved in a poker game with several tough hombres and a beautiful gambler named, Annabelle. He eventually wins the game, incurring the wrath of some sore losers when a fist fight ensues. Annabelle has other ways of getting her lost money back and she attempts to try her female skills on a very receptive Maverick. A romantic competition develops between the pair as they both attempt to accumulate $25,000. That's the amount of the entrance fee required to enter a gigantic poker championship. While the couple are embroiled in a verbal sparing match, a handsome hero intercedes on Annabelle's behalf. It's Zane Cooper or "Coop" who joins the pair on what will be the first of a series of adventures for the trio.

The opening scene finds Maverick on a horse with a rope around his neck. The other end of the rope is attached to a tree. Several other men are on horses and as they ride away one of them tosses a burlap sack to the ground near Maverick. Several rattlesnakes can be seen crawling out of the burlap bag. A vulture can be seen circling in the sky above. This scene was shot in cuts. When the burlap bag was thrown to the ground only fake rubber snakes were in the bag. The real snakes were never permitted to get too close to the horses. Snake handlers and wranglers were nearby to control the snakes and the horse both to keep the snakes at a safe distance from the horse and to keep the horse from possibly stepping on the snakes. A continuation of this scene occurs near the end of the film. Again the scene was filmed in cuts with live snakes never being any closer than ten feet from the horse. Rubber snakes and animatronic snakes were used for any action where the horse or actor would be in danger. Fake snakes were also used if there was any potential harm to real snakes. There's a spectacular runaway coach scene in which our three leading characters are passengers after the death of their older-than-Methuselah driver-guide. As the stagecoach races out of control, Maverick saves the day by climbing out of the coach to stop the team. As the stagecoach hits a rock, Maverick nearly falls from the coach. He climbs onto the back of the coach and up onto the roof. From there he climbs down to the front of the stagecoach then transfers from the coach to the horse team. He makes his way to the two lead horses and stops the coach just before it is about to go over a cliff and into a canyon. This scene was filmed in many cuts over a period of two weeks. The wagon was never out of control at any time as a blind driver (unseen driver) was in the coach driving the team for safety and wranglers were mounted and near by, out of view of the cameras. The coach would drive past the cameras at varying distances before stopping. Cameras would be mounted at times behind the coach or on a specially built road which ran alongside the coach. At times the coach was not pulled by any horses at all but by a special camera truck. Of course the stunt man doubled for the actor in the potentially dangerous parts of the scene where he had to jump from the coach to the horses and then gradually make his way to the two lead horses. The horses were stopped a safe distance away from the canyon ledge. Then four prosthetic horses were placed near the canyons ledge and two horses were hitched to the coach a safe distance from the ledge. The horses stood still as the stunt men hung from cables over the ledge. To give the illusion that the horses had just been stopped, the special effects people blew fullers earth (movie dust) at the coach. Extra wranglers were placed out of camera range for the added safety of the horses. In another scene many Indians on horseback surround a woman's encampment. For this scene fifty horses were ridden at a canter away from the cameras, approximately three hundred yards. Mounted wranglers were out of view of the camera in case of any trouble. Non toxic make-up was used to paint the horses with various markings. For this scene numerous other animals were present mostly for atmosphere. They included a dog, mules, horses, a bull and oxen. The animals were tied to wagons and trees and wranglers were nearby at all times to tend to them. Other animals seen in mild or minimal action or as background included a mule which Maverick rides into a town after his horse is stolen and dogs which run about in the background barking during a fist fight. Dogs are also seen as atmosphere in several scenes and Russian Wolfhounds appear as the pampered pets belonging to a Russian Duke. A hawk and a vulture are also seen briefly in separate scenes.