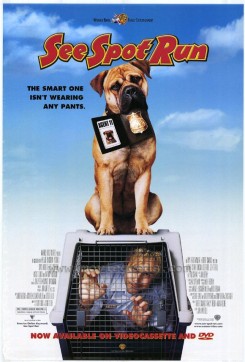 Gordon, played by David Arquette, is a mailman with a quintessential fear of dogs and a crush on his neighbor, a single mom with a young son, James. When Gordon volunteers to baby-sit for James while mom's away, he believes it will be a chance to do some bonding and earn points with his paramour. Instead, he and the boy are adopted by an FBI drug-sniffing superdog that has escaped from the witness protection program after becoming the target of a mob hit.