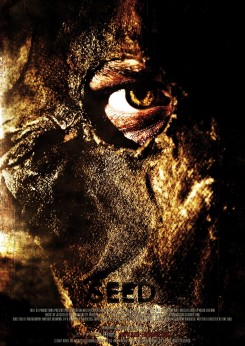 A serial killer who is sentenced to die by electrocution survives, only to go on a brutal killing spree.

WARNING**** This film contains graphic footage of animal cruelty that was provided by PETA, according to the warning in the beginning of the film. Please contact PETA’s website (www.peta.org) to find out more about this graphic footage and to voice your concern about it appearing in this film.
American Humane’s Guidelines for the Safe Use of Animals in Filmed Media define documentary footage and the use of it in entertainment products versus in actual documentary films as follows: “Documentary-style footage/stock footage acceptable to American Humane’s mission cannot include scenes that represent actual cruelty to an animal, even if it is filmed as non-fiction “newsreel” footage. Such harm, although possibly historic, is considered exploitation of the animal’s suffering for the sake of entertainment.”
American Humane Animal Safety Representatives did not supervise the live animal action (a dog and a rat in one scene) in Seed because the production did not contact American Humane to register their use of live animals."