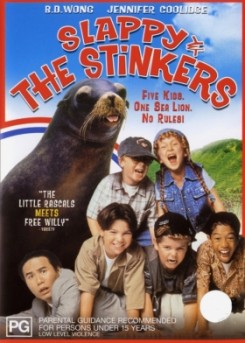 Slappy and the Stinkers

Stinkers is a film about a group of young boys and one girl who, while on a school trip to the zoo, meet a friendly sea lion named Slappy. When the "stinkers", the kids, overhear Slappy's handler making arrangements to sell him to the circus, they decide to steal him in an effort to set him free.