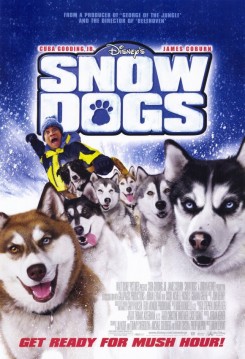 Cuba Gooding Jr. plays hot-blooded Miami dentist Ted Brooks, a man whose life gets an Alaskan overhaul when he travels to the icy cold state to find his biological mother. Once there, he discovers that not only is his mother deceased, but he has inherited her award-winning pack of sled dogs.