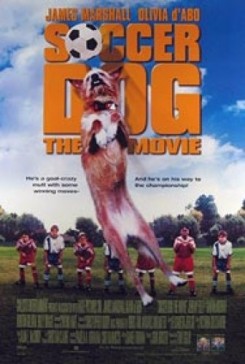 Soccer Dog is a story about a dog who becomes lost from his family, befriends a young adopted boy named Clay and goes on to succeed as a soccer star, helping Clay learn some important lessons along the way.