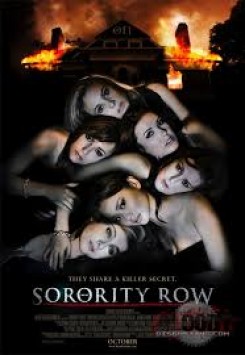 When a group of sorority sisters pull an elaborate prank on a cheating boyfriend, he accidentally kills one of them, and after agreeing to cover up the accident, the gang is stalked by a serial killer who they think is the dead sister's ghost.

When Cassidy (Briana Evigan) is lowered into a dark mine shaft to look for Megan's (Audrina Patridge) body, she uses a mirror to reflect light onto her surroundings, and she sees rats on the ground. One rat crawls on her leg. The actress met the rats before filming and held one to become comfortable with it. Friendly domestic rats were used. Trainers released nine rats in an enclosed set of a small rock-walled mine shaft with a gravel bottom. Fencing and flat cardboard pieces were used to keep the rats in the camera frame, since they had a tendency to want to return to their starting point. They were allowed to walk around at liberty while the actress performed her lines. One was briefly placed on the actress' leg while she reacted to it. Trainers counted and retrieved each rat after every take.