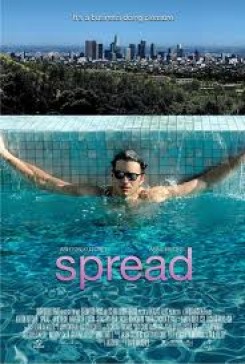 A broke womanizer sweet-talks lonely women into taking him in and providing him with room and board in exchange for romance and sex. But when his latest triumph kicks him out, he finds himself wanting her back.

A toad in an aquarium eats a dead mouse.

Production provided documentation for the small frozen mouse that was purchased from a pet store. The toad was placed in the aquarium, which it was accustomed to being in. The well-instructed actor then fed the toad the freshly thawed mouse, which was the toad's normal diet, and cameras rolled in real time as the toad ate the dead mouse. This scene was filmed in limited takes, so as not to overfeed the toad. Any movement of the mouse was caused by the toad moving its head around.