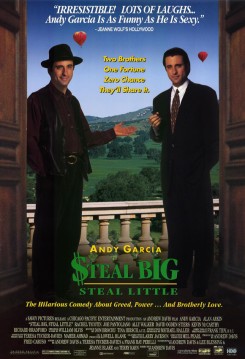 In one scene Rueben and Julian are riding along the beach and through the fields supervising the field hands. All pathways were cleared of any debris or rocks and the horse was walked after every scene to ensure he was properly cooled down. When Rueben goes to the Polo game in search of Robbie he jumps over some chairs onto the field. A trained jumping horse was used to accomplish this scene. When everyone arrives at the location of the ride, there are men on horseback and a wagon pulled by two horses is seen carrying a man in a wheelchair. There are also other scenes where you see a field hand riding a horse across a field or a horse returning back to the ranch riderless. When Rueben and Lou find Eddie, four parrots are seen in the background sitting on perches. The rest of the animal action in the film consists of a dog lying on Lou's bed and some farm animals such as cows, goats, chickens, and a duck used as background atmosphere.