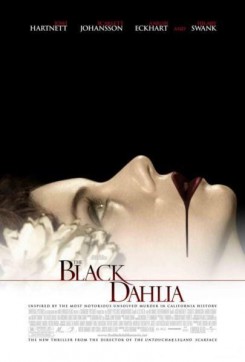 Two policemen see their personal and professional lives fall apart in the wake of the "Black Dahlia" murder investigation.

Although Safety Representatives monitored some mild scenes with dogs in a park, we were unable to directly supervise the majority of the animal action in The Black Dahlia due to limited resources and/or scheduling conflicts. However, the production complied with all registration requirements, submitted a shooting script and relevant animal scheduling information and provided a pre-release screening of the film, as requested by American Humane.